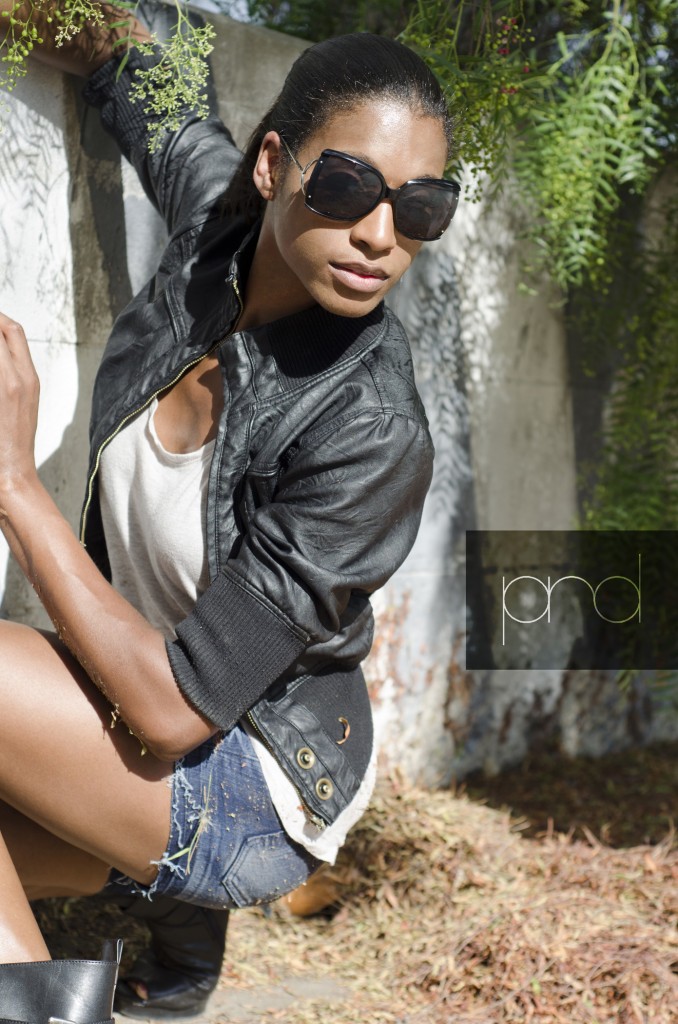 Hi, my name is Lola (aka Kimberly Lola).  I have been modeling for over ten years but unlike many working models, I didn’t have dreams of doing this type of work when I was a child.  Singing was always my number one love and I was convinced it was the only thing I would ever do for a living.  There was a brief moment in high school when I thought it might be fun but I wasn’t quite confident enough to try it, then.

My start in modeling actually began, professionally, when I decided to look for ways to make extra money while attending college.  My first paid gig entailed passing out Breyers Ice Cream at the San Diego Zoo as a promotional model.  It wasn’t an extremely exciting gig but it was easy and I was able to put money in the bank.  While that was great, it certainly did not spark a love for modeling, by any means.

I booked my first runway job as a result of being scouted while I was attending California State University, San Marcos (where I later graduated with a bachelors degree in Visual and Performing Arts, with a music track, and a minor in Women’s Studies).  My English professor asked me if I was interested in modeling and referred me to a friend who had her own business putting together fashion shows.  What a rush.  I had been performing as a singer and dancer since I was two years old so it only made sense that I would take to runway modeling.  The lights, the quick changes, the music, the strutting… so much strutting.  I could live on that stage.

After doing this for some time, I attended a casting call for a talent agency where I met with a woman who told me I needed professional photos.  Then she let me in on the best secret ever; I could get professional photos for free by finding photographers who needed to update their portfolios!  Brilliant, I thought!  So I immediately began searching Model Mayhem, One Model Place, Craigslist, and Google for resources and happened upon a few great photographers.  It was only a matter of time before my photos increased and my resume grew.

My modeling resume consists of so many fun and exciting experiences from music videos to spokesmodeling to print work and more.  I’ve walked in the Mercedes Benz fashion week runway show, ridden on an elephant, gotten to see my favorite artists perform live, received tons of free clothes and accessories… This line of work has brought me to some amazing places with some wonderful people and I continue to look forward to each new gig.

Throughout my career, various friends and other aspiring models have asked me the same question, “How do I get started in modeling?”  Eager to share my knowledge, I’ve tried to help the best I could by giving them tips and information for casting directors, photographers, and modeling jobs that didn’t require much experience.  But I’ve always felt like I could do more.  Then, one day, my sister approached me and suggested I start a blog.  She had so many friends who had children who wanted to get into modeling and knew I could be of service to them.  I had already thought of starting a blog but the goal was different; to share my experiences as success and cautionary tales.  But after she shared her ideas with me, my vision changed to what it is now and I am so excited to finally be bringing my ideas to life.

I hope to share and interact with all of you and, even better, help you succeed in the industry.  My philosophy is, life is meant to be enjoyed.  If you can make money doing something that brings you to new places and allows you to have fun, do it!  Surround yourself with people who will encourage you and be excited for you.  And most of all, believe in yourself!

Thank you for reading.